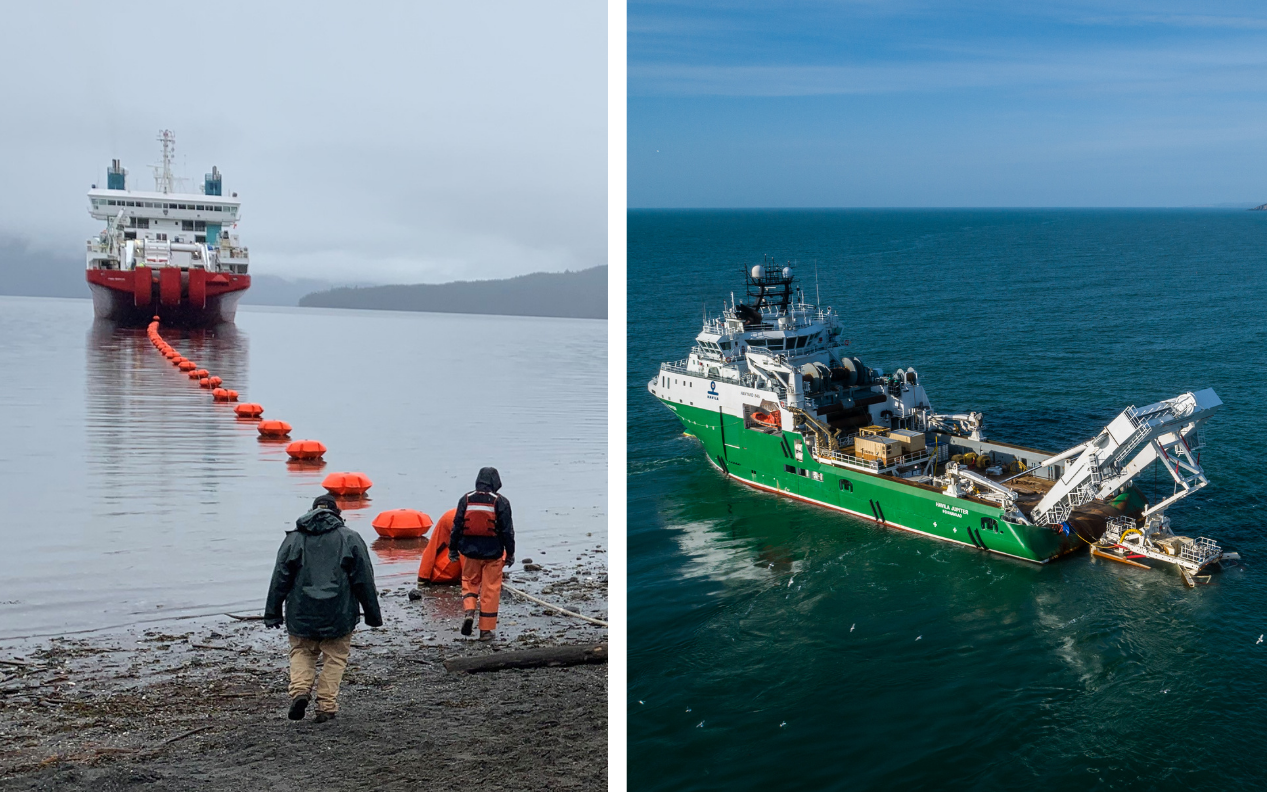 It is our main objective to ensure that system downtime is minimised and that a broken segment of cable is repaired as quickly as possible, we try to mitigate the impact of these incidents by providing maintenance solutions that reflect customers individual requirements for quality, reliability, responsiveness, dependability, and speed of repair.

Submarine cables are very reliable, however, there are occasions when a repair to a cable becomes necessary.

Around 65% of all cable faults are caused by fishing and anchoring activities and about 14% are caused by natural hazards, e.g., current abrasion or earthquakes.

When it becomes necessary to repair a cable, a cable ship needs to be mobilised. Cable ships are placed at strategic locations worldwide and are on 24-hour standby to carry out any repairs.

Cable systems are monitored constantly so when a system becomes faulty, it is known immediately. The staff in the cable stations at each end of the cable system then commences a series of tests to locate the fault. Once the fault location is known, this location is passed onto the cable ship so it can make final plans for the repair.

The cable ship will load the necessary spare cable and subsea plant required to carry out the repair. It will then sail to the fault location.

Once the cable ship reaches the repair site, it will commence operations to recover the cable. The ship grapples for the cable using a large cutting grapnel, towing it along the seabed until it catches the cable. The cable is then raised off the seabed and cut. In buried sections of cable, an ROV might also be used to locate the cable and cut it on the seabed.

This recovery process is then repeated for the other cable end. Once all damaged cable has been removed and the original fault identified and cut out, the cable is jointed to a section of spare cable on board, sufficient in length to replace the damaged section which has been cut out. This cable is then paid out back to the cable which had been previously buoyed off. The buoy and other cable end are recovered back to the cable ship and following tests to ensure there are no further faults, the two ends are then joined together. This is called the final splice. The final splice is then lowered back to the seabed and final tests made to ensure the cable is working correctly. Where the repair has been made in a buried section of cable, the cable is reburied by means of an ROV, water jetting the cable back into the seabed to a target burial depth equivalent to that when the cable was originally laid. A repair operation may take many days to complete.

The final splice represents a further hazard to fishing gear since the final splice is essentially a bight of wire leading from the seabed to the ship. This is held onboard by rope stoppers, then the procedure is simply to slip both stoppers and lower the bight of cable back onto the seabed. Cable burial of this section is often not completely successful due to the sharp turns in the cable and poor visibility conditions and therefore avoidance of final splices is highly recommended.

Final Splice Bights are laid on the seabed at right angles to cable line.  The crown of the bight may be up to 2 x water depth from chartered cable line.

Under a Cable Maintenance Agreement and on notification from a Maintenance Authority, a cable repair ship operator will mobilise one of its vessels to conduct a repair on a subsea cable. The maintenance authority will provide an estimated position of the cable fault based on tests carried out from the cable Terminal Stations located either end of the marine cable. Permitting, Charting, and existing cable information is assessed prior to the vessel departing.

On arriving at the suspected cable fault location, the repair vessel will attempt to localise the cable fault further by using one of three different techniques:

1. Electroding – The terminal station passes a low current signal along the cable and the vessel trails two electrodes behind the ship a specific distance apart and sails over the fault area. Signals of the frequency on the cable lead into a tuned amplifier on board and where the input voltage signal is lost a clean break is indicated or a reduced signal indicates a damaged cable.

2. Remotely Operated Vehicle (ROV) – The terminal station places a tone on the cable and the ROV tracks the cable (where depth allows) detecting for a drop in tone and using its cameras to search for physical damage; or

3. Side Scan Sonar – Positioned behind the vessel, a pulse is emitted from the equipment to create an image of the seafloor. This can be used to support the methods above to look for physical damage to the cable on the seabed, such as scars.

In the event the cable being damaged but not broken, the cable will need to be cut. This is carried out from the ROV or by using a cutting grapnel. A grapnel is a device with multiple hooks (attached to the vessel by rope) and dragged along the seabed to cut or hook the cable. The essence of grappling is that sufficient rope be streamed to ensure the grapnel is in continuous contact with the seabed without reducing sensitivity in tension due to excessive rope. The ROV on the other hand uses one of its manipulator arms to attach a gripper to the cable which is connected to the ship via a rope or wire for recovery.